Trigun is a Japanese manga series centering on the life and adventures of Vash the Stampede. Started out as a comic, the series was adapted into an animated television series in 1998. In several epsiodes, Vash is portrayed to be a very lighthearted, expert marksman that tries to promote love and peace. He appears to be a very merry person that dislikes seriousness, but is actually very deep and serious as can be seen in the situations he finds himself in. Throughout the plot of the series, Vash is followed around by two Bernardelli Insurance Society employees who minimize the damages inevitably caused by Vash’s appearance in several towns. Bounty hunters in pursuit of the “60,000,000,000$$” (sixty billion “double dollars”) bounty on Vash’s head for the destruction of the city of July was usually the cause of the said damage. But due to Vash’ amnesia, he cannot remember the incident. Throughout his travels, Vash tries to save lives using non-lethal force and is occasionally joined by a priest, Nicholas D. Wolfwood, who, like Vash, is a superb gunfighter with a mysterious past.

Check out this 26 Vash Artworks that we have compiled for you. See how these images are brought to life by artists and let their creativity inspire you!!! 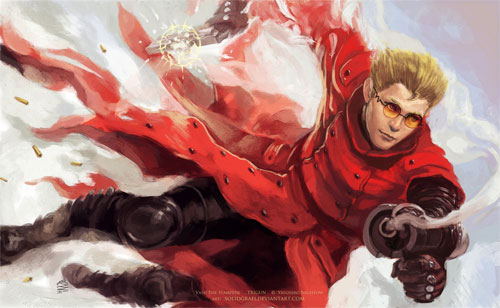 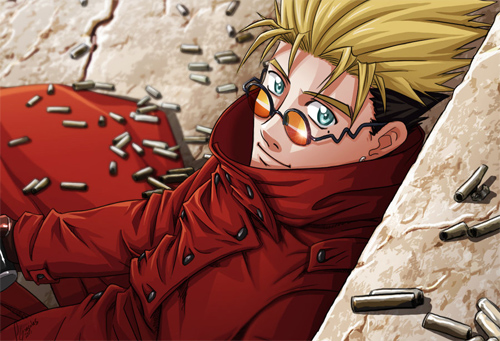 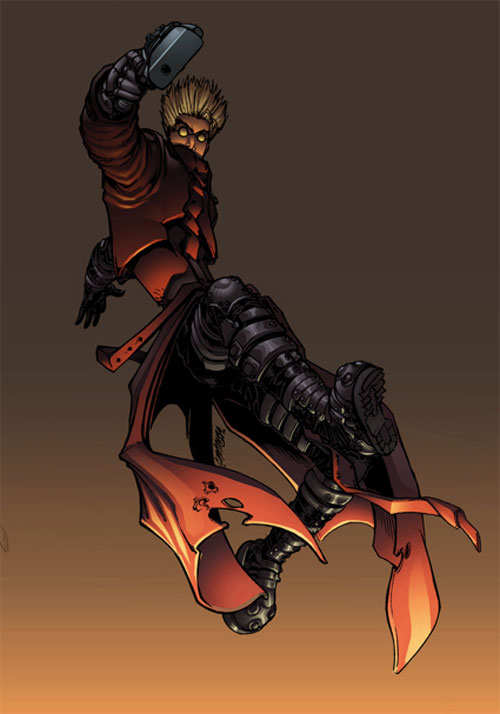 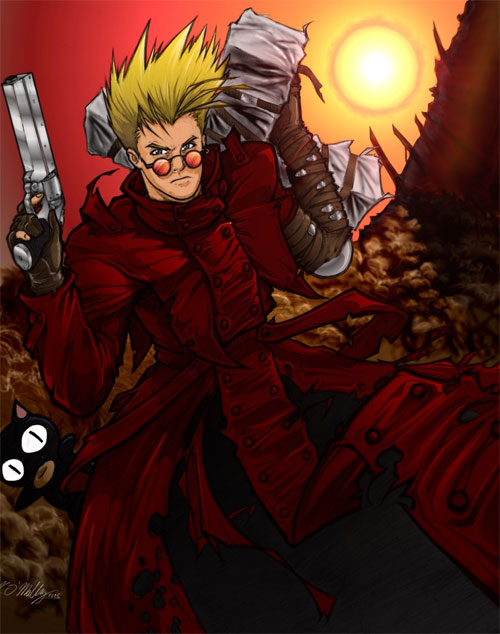 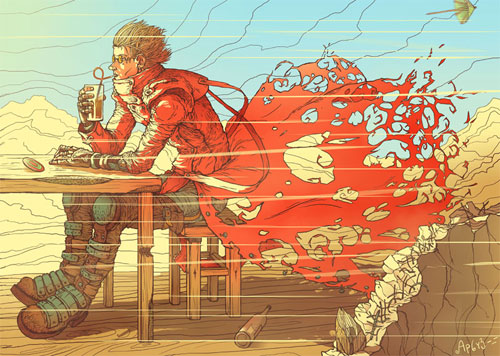 Between the Wasteland and Sky 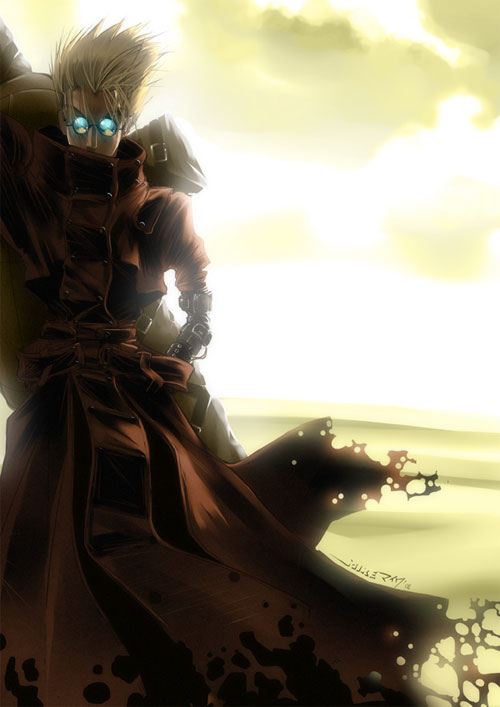 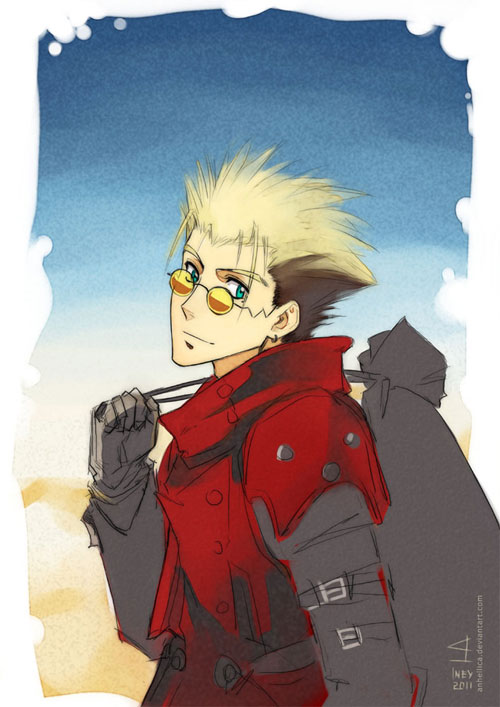 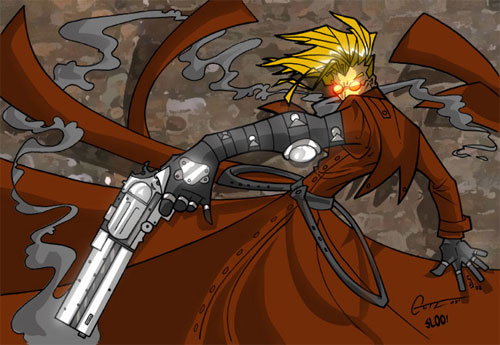 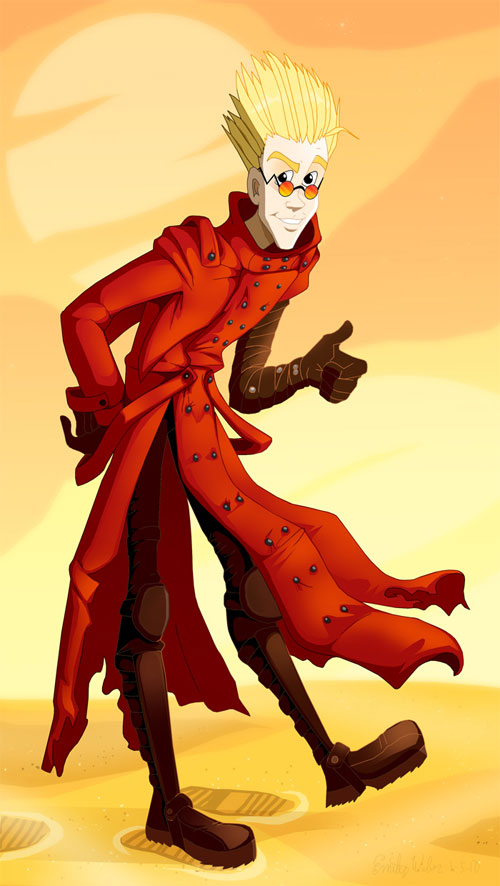 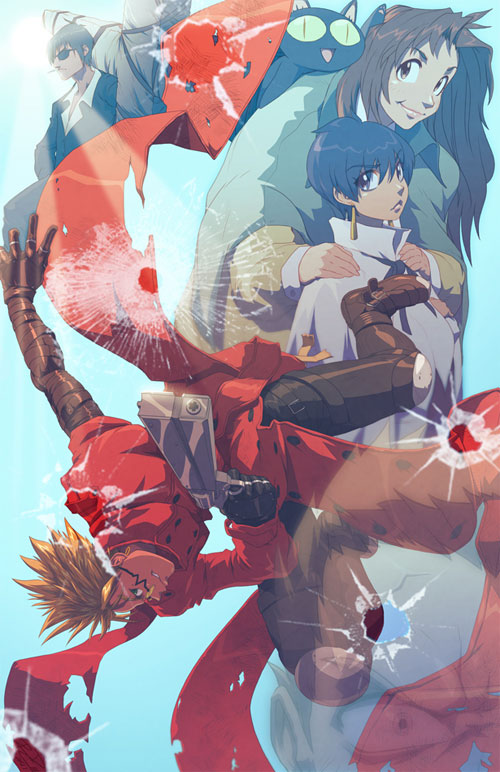 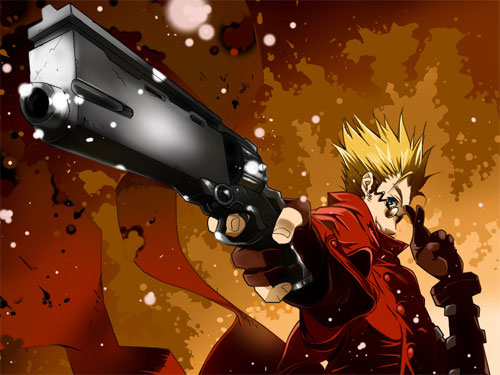 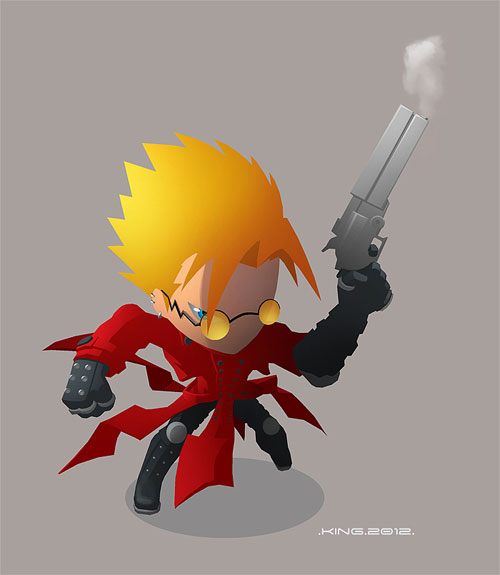 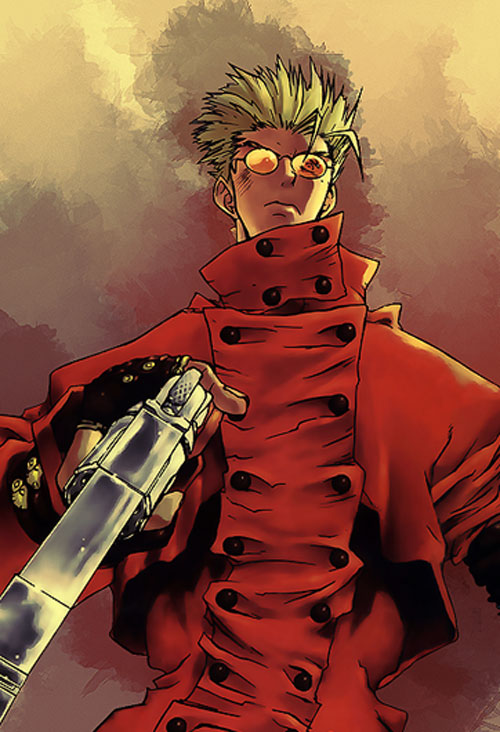 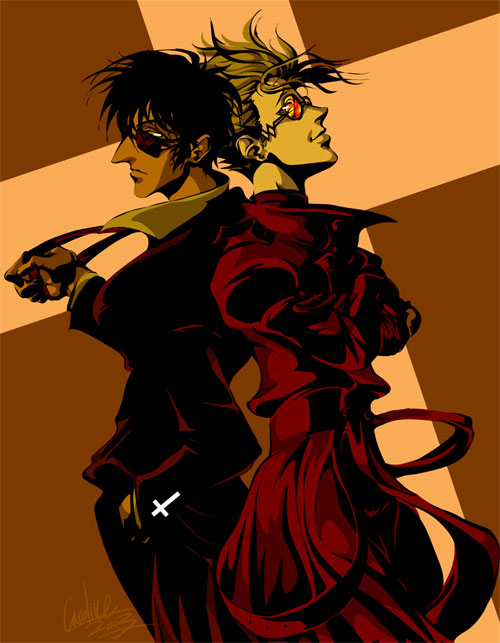 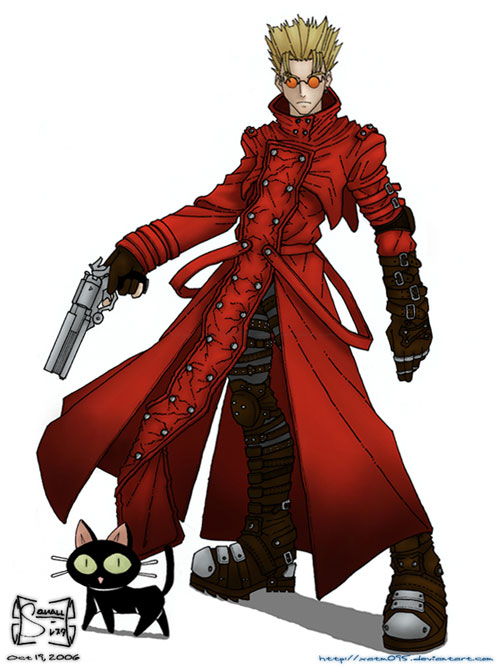 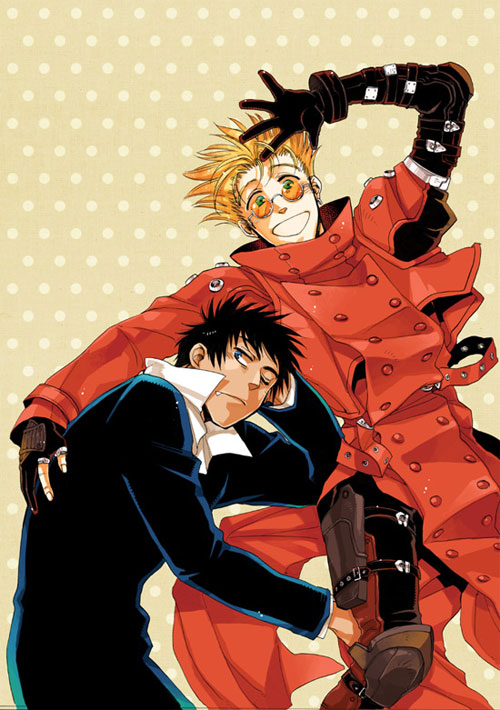 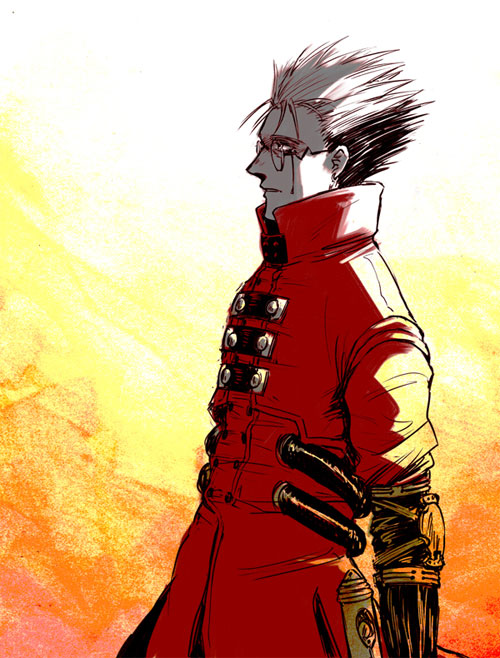 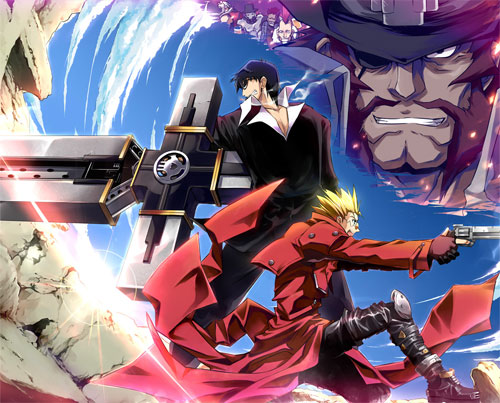 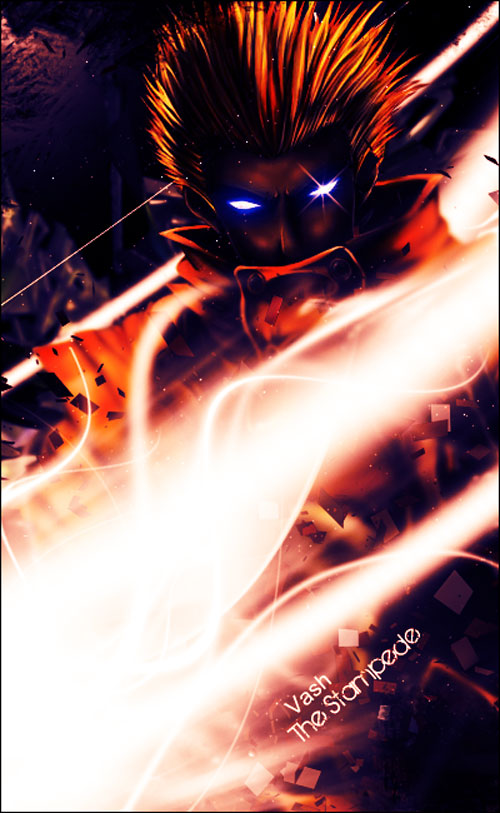 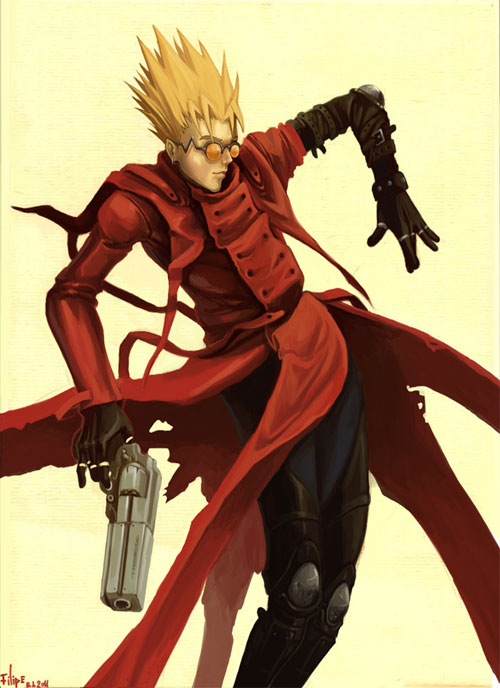 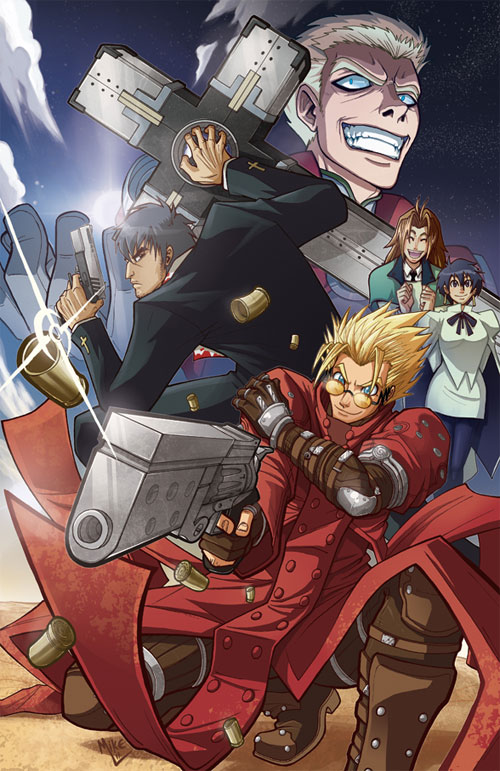 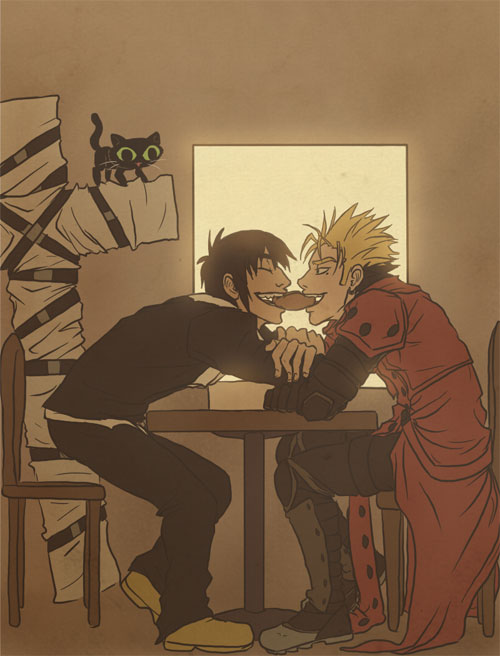 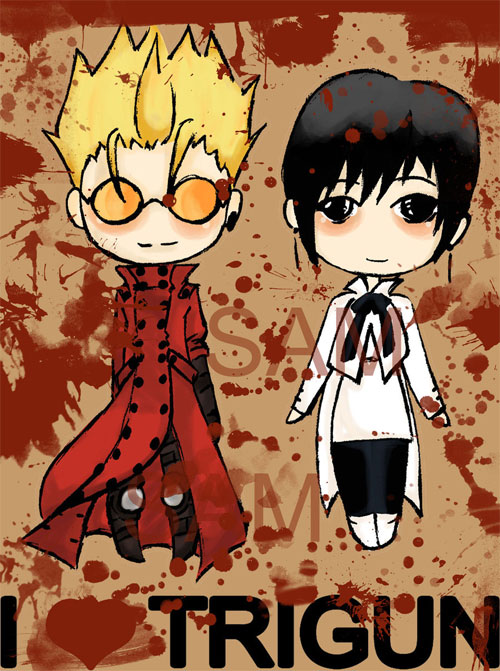 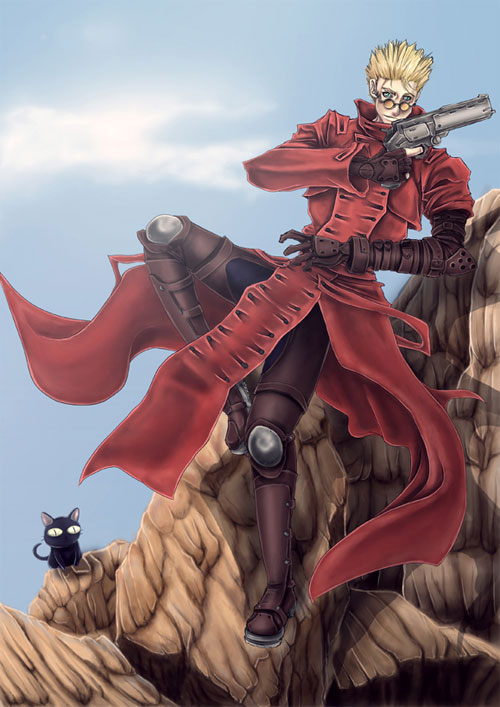 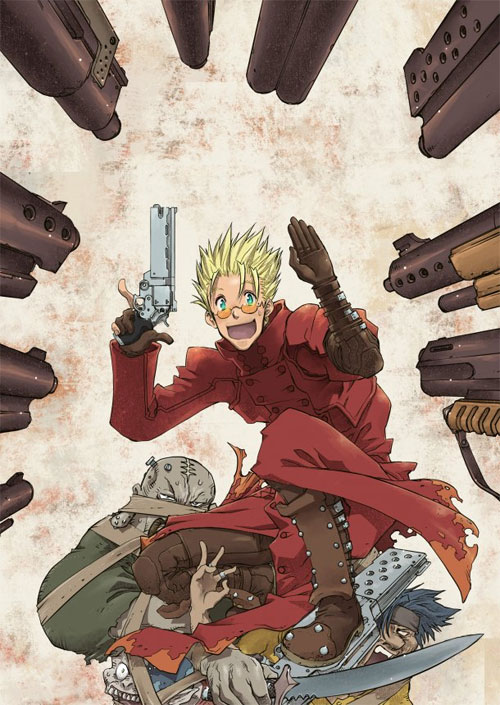 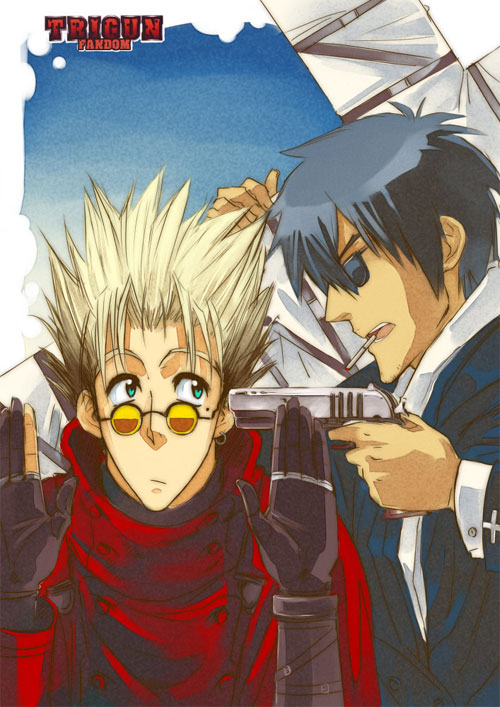 The anime series initially failed to garner a large audience in Japan during its original showing, but had gained a substantial fan base following its premier in America in early 2003.