There are different Art forms that fascinates us. One of those would be the paintings we see in the streets particularly on walls, on the ceilings of buildings or houses or even buses. This artwork is called a Mural. It makes the space look more attractive and a lot more appreciated. This too is an expression of one’s self as what most artworks are only that in this type, the expression is in a huge space and not just a small canvas. It was in the 30,000 BC that murals started and there are even a couple of such that survived to be of proof and they are in Egyptian tombs.

Two of the most appreciated Murals are Graffiti and Street Art which paved its way through contemporary wall painting. There are also Conceptual types of murals that may look so real and set your hearts in awe. In this post, we take you to the world of Art once again and let you see A Variety of 30 Really Awesome Mural Paint Art Examples that you may also take to the ceilings of your rooms, street walls or parks or to your artistic hearts… 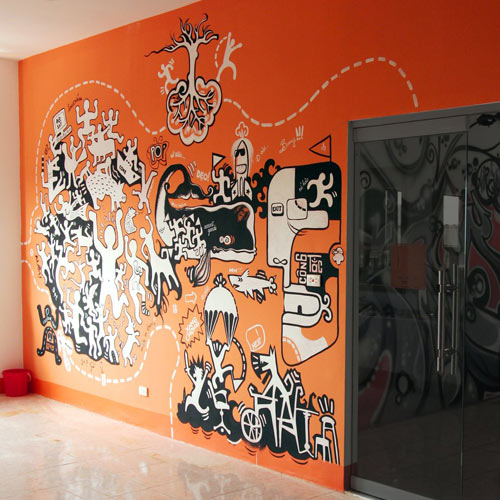 Image: HiepHD
A Mural Painting done at the FPT-Arena Center II with the artist’s friend. Media used was a direct brush on the wall with the use of industrial color. 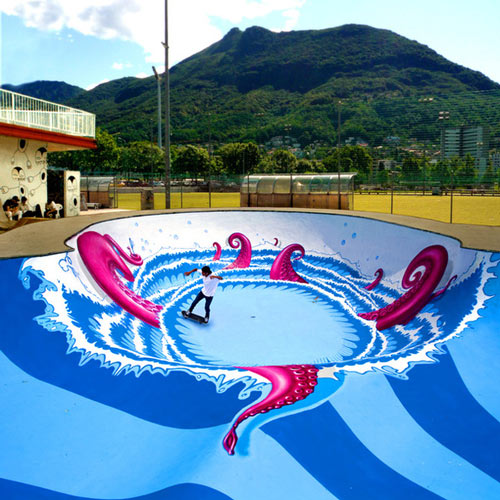 Image: Robert Proch
This Mural Painting has been done in Berlin, Germany.

Piecing it Together Mural 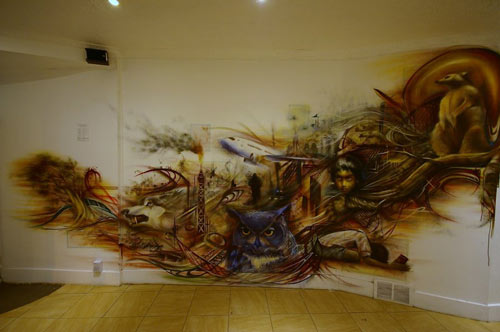 Image: AaronLi-Hill
This piece has been the main attraction at the Piecing it Together Solo Show – Funktion Gallery 2009. 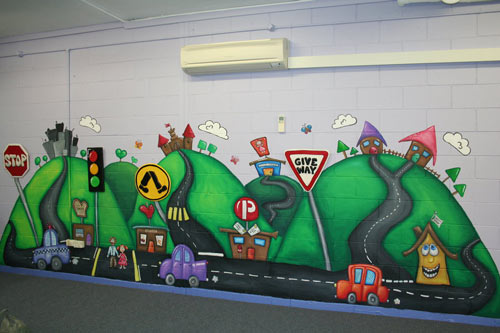 Image: Yocheved
This mural has been done at a pre-school. 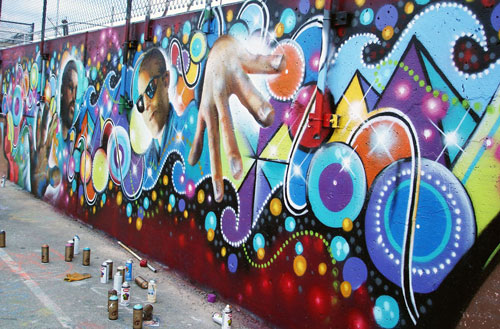 Image: Matt W. Moore
An artwork in celebration of Geometry, Asymmetry, unexpected Flow and Freestyle Process as stressed out by the artist. 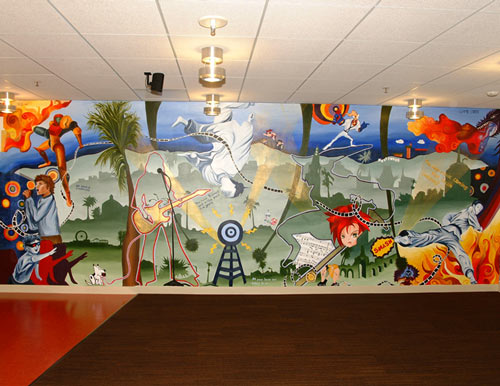 Image: pennyroad7
This Commissioned Mural has been done for Infospace, Inc. in Los Angeles, California. 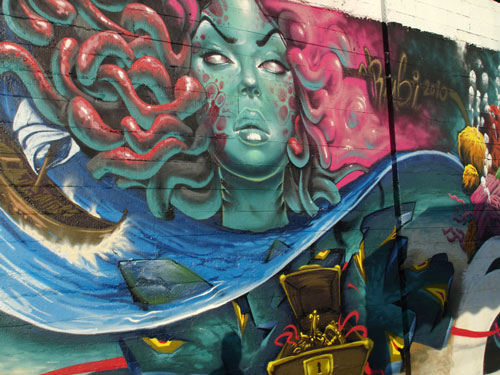 Image: TurkesART
The details of a mural painting which features Saturno AGS, Sol, Rubi and SPain. 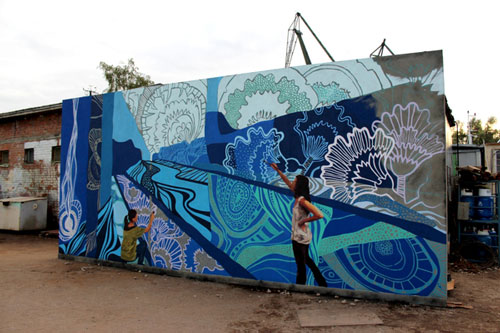 Image: Anna Taut
Mural painting done for GDansk Commercial with the theme “Gdansk beyond the frame”. 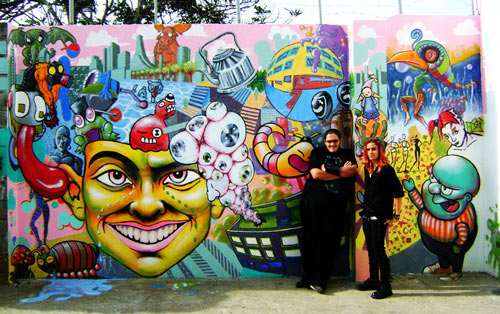 Image: El-Shogun
This mural stands with the artists. 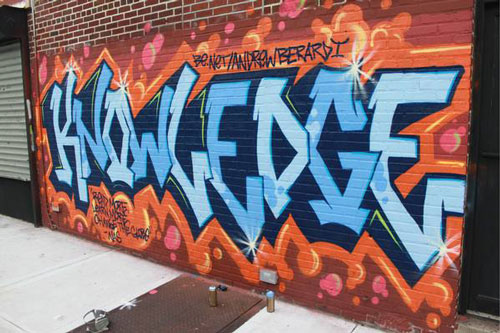 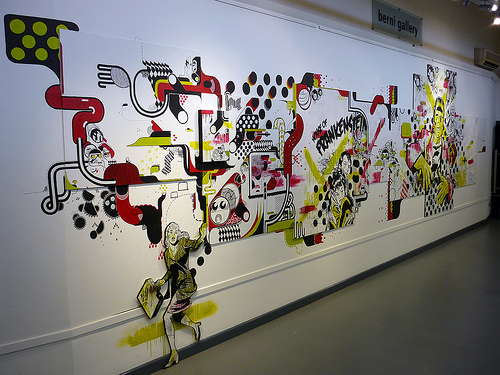 Image: Hugh Rose
The artist behind this materpiece is from Bristol, United Kingdom. 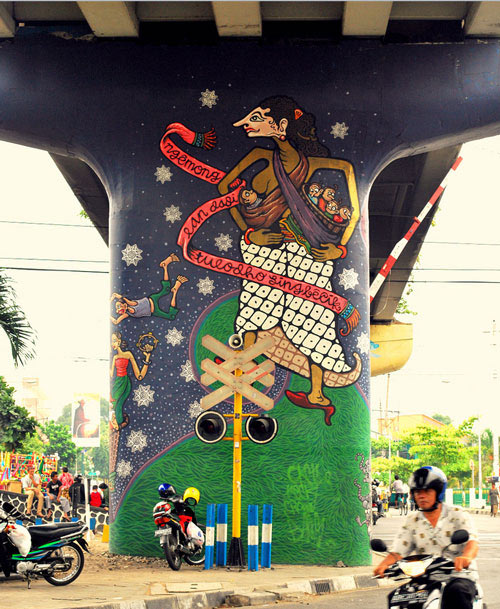 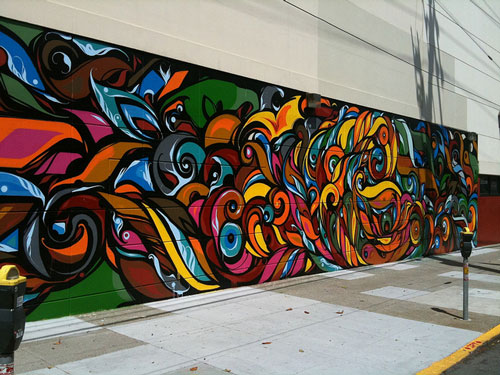 Image: dariusmonsef
An Apple iPhone has been used to take a photo of this masterpiece. 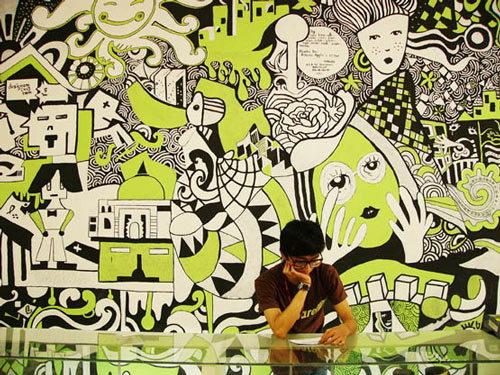 Image: Nani Puspasari
A mural painting at the House of Rotten Apple. 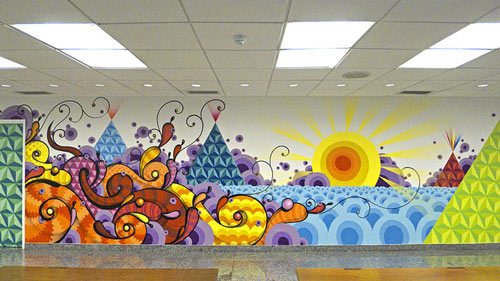 Image: highraff
A Panasonic DMC-LX5 was used to capture this mural. 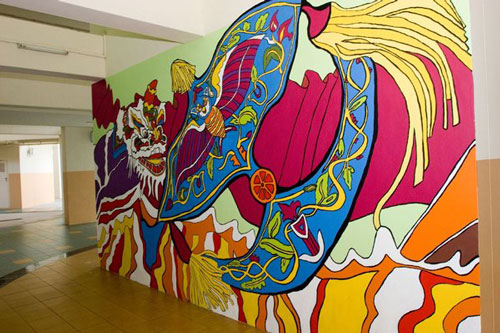 Image: DracuLeon
The theme on the painting is based on Singapore culture. 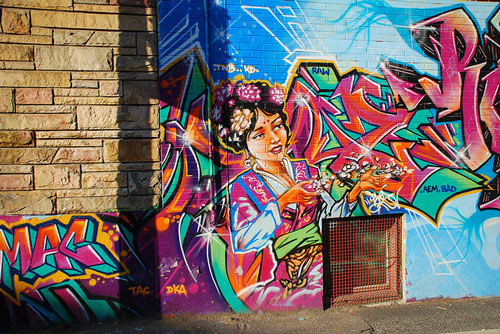 Image: Loreleianne
Used to take this masterpiece is a Nikon D80. 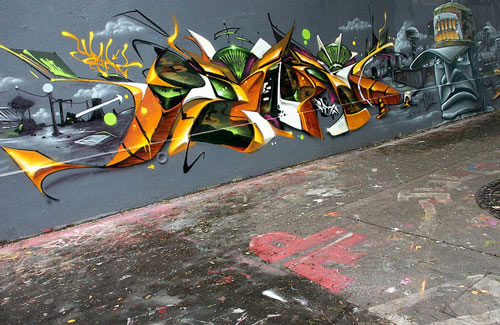 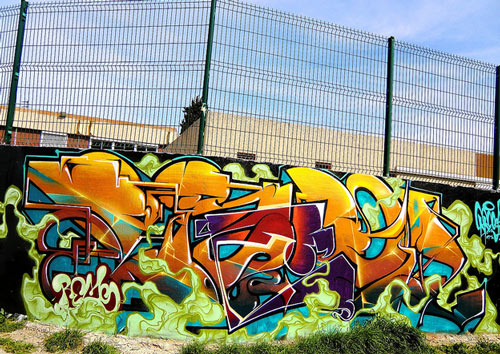 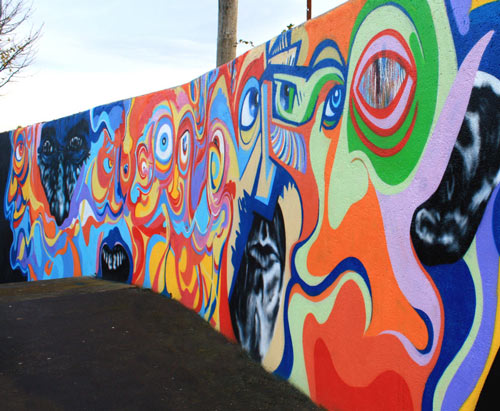 Image: KevinmcGloughlin
A commissioned mural painting done for the Borough Council in Sligo. 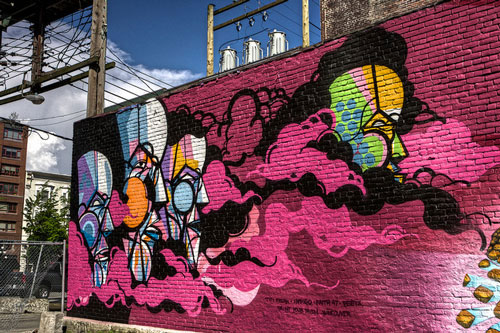 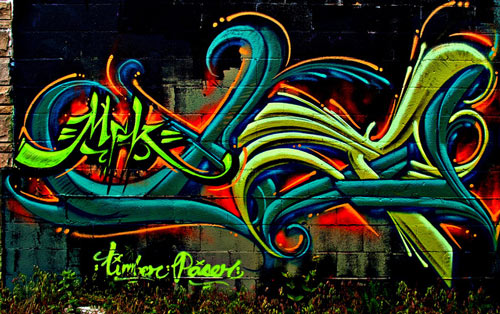 Image: dax46407
It was an Olympus E-520 that was used in taking this Mural Art Painting.

Tats Cru in the South Bronx 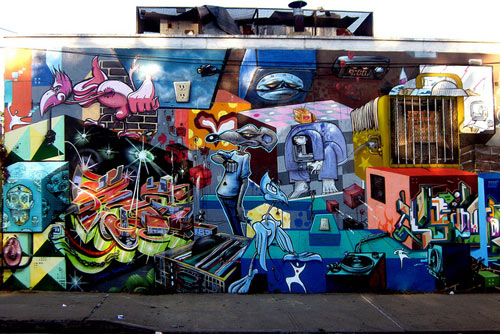 Image: Tara Murray
A Canon PowerShot A470 captured this artwork. 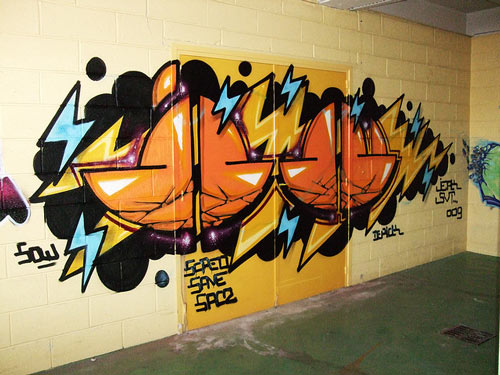 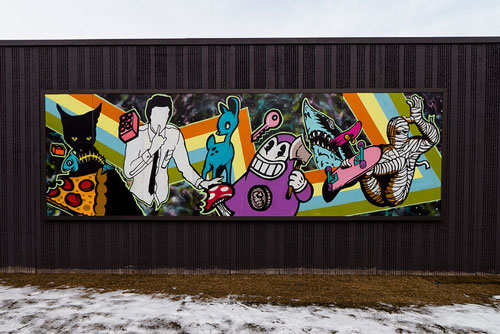 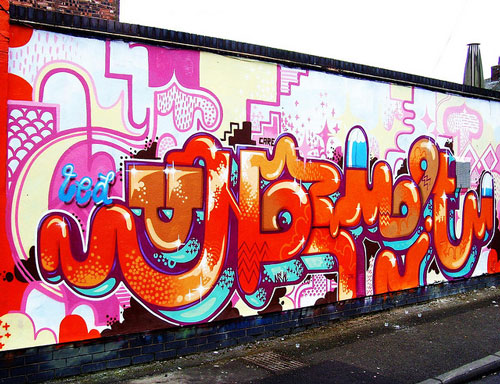 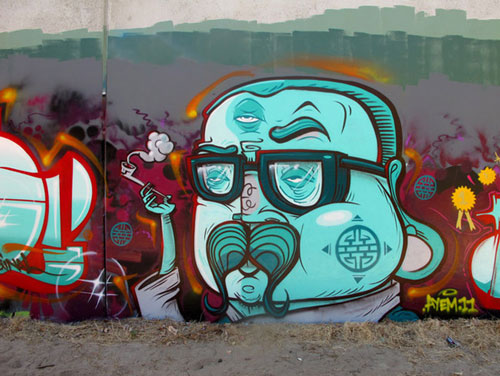 Image: YOK
One of the new walls that the artist has been painting recently.

There is so much to be artistic about and there’s always more that one can do if only there’s the passion and the willingness in the field of art. So after seeing such an awesome set of artworks in Mural Painting, how do you an an artist or as a viewer express yourself through art? Let’s talk about it here and you can even share with us your artworks!

About the author: A teacher turned disc jockey turned online writer who has the love for teaching, music and the passion for writing since then.