With the millions of designs we see from the web and from a variety of sources, we could notice that some works are quite similar from each other. Some art works use the same style and are inspired by other’s style. Some get ideas from the work of others while some copy the work of others, slightly making a difference to it. This is because there is really no such thing as original anymore.

For those who first made the design, it is flattering to know that there are people who were inspired by his work but is slightly appalled knowing that there are also some who totally copy their works and edit some parts of it.

A well known artist, Pablo Picasso who is a Spanish painter, draughtsman and sculptor have influenced the artistic world through a wide variety of styles and the Cubist movement. He was quoted saying “Good artists copy, Great artists steal.” This somehow confused many for Picasso is well known for his original artworks. 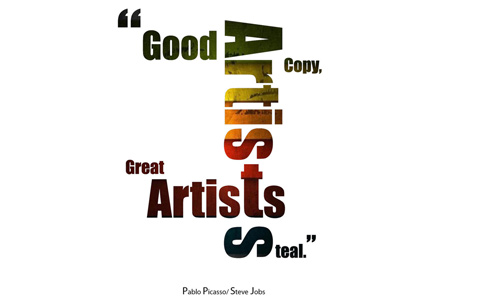 When Picasso said that “good artists copy”, he actually meant that good artists imitate others ideas, get inspiration from it and make their designs. The output couldn’t be as good as the original or it could even be better than the original work. In order to start a design, one would copy something and use it as a model. It is then dissected and analyzed, giving credit to the original artist.

Things around us are actually copied. The idea of airplanes came from birds. Most of the stuff around us is created through a study of nature. Up to this day, it is a common knowledge that the idea of airplanes was coined from birds. The birds still have the credit. People are not originalist, we are enhancers and developers. That is what Picasso meant by saying good artists copy.

Great artists steal. Some may say that “how could stealing make one great and a lot better than those who merely copy?” Looking at the idea on the artistic side, stealing means that the artist used the original work and transformed it into something that he already named his own. In doing so, no credit to the original artist is given.

Picasso meant that great artists steal designs which are not popular and then hides the source. The artists grope into forgotten, unnoticed and lost designs transforming it into a much better piece. It is like looking for stones that hides a precious jewel inside it. When the artist gets it, he then breaks the stone open and takes away the jewel making it his own.
Great artists are never caught stealing for they are able to convert the designs meticulously. No one will ever notice that they actually stole it. They don’t merely create a replica but generate an original piece which actually came from a different work. That’s what makes them great artists.

The Three Levels of Design

1. Start Out by Copying. 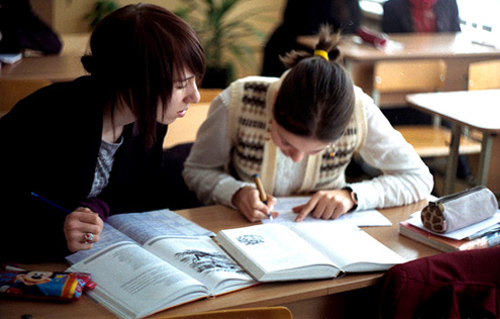 Every newbie will always look for the works of others in order to make his own design. We learn from the works of others. In making your designs, you are given limited time and budget. For sure you won’t be able to make something without referring to finished outputs knowing that you do not have the slightest idea on the matter. The positive effect of copying is conventionality. Your work will be accepted by many for it conforms to the typical and standard trend. 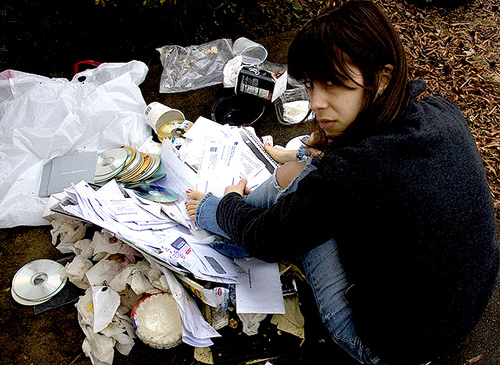 Rummage through your hard drive and other files for your old designs, unfinished designs, and those which were successfully accepted by the client. You can still use some of them, reinvent it, remake it and you’ll be able to come up with a much better output. 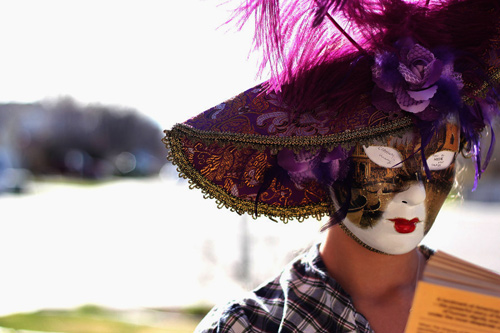 Albert Einstein said that “the secret to creativity is knowing how to hide your sources”. The most effective way to do this is to use sources which are already hidden- those which are referred by Wes George, writer for The Mac Observer and financial Mac nut as “lost, bypassed, and forgotten ideas”. Though this requires much time and effort to look into various sources, this is the best key to be a great artist.

The three levels of design is Moll’s manner of interpretation to Picasso’s statement. This may also be a guide to designers on how to use other’s designs effectively and rightly. This could also help you differ if you are stealing a design or is merely inspired by it. 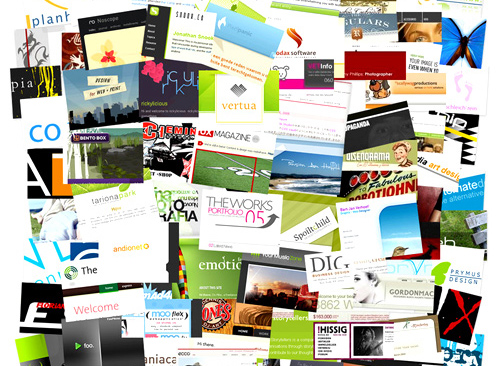 Now here we are. I know you want to know when you could be accused of stealing. No one wants to be named as a graphic stealer. So, always be careful in copying designs from popular sources. Moll advised designers to “copy the inspiration, not the outcome.”

To put it simply, one is inspired when he tries to be the “great artist”-stealing designs and transforming it into something that they could call their own. One is plagiarizing when he is closely imitating another’s idea and calls it his own.

Aaron said that “every designer’s dirty little secret is that they copy other designers’ work. They see work they like, and they imitate it. Rather cheekily, they call this inspiration. ” Well, this could mean that each and everyone of us really look into other’s design for inspiration.No one is exempted. Sometimes, we can even be guilty of plagiarism.

While working on this article, I came by a comic about plagiarism which says “Copying one idea is plagiarism but copying a lot of ideas is research.” If we refer to Picasso’s quote once again, stealing from discrete sources make this statement true. So, research well and be a great artist.

Can You Figure It Out Now? 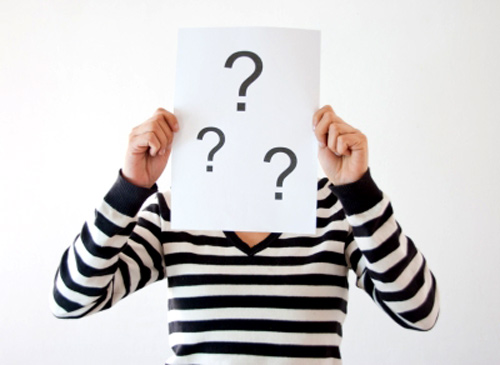 How would you know if you are already plagiarizing? How can you tell if you used other’s pieces merely for inspiration? Where do we draw the line between inspiration and plagiarism? Do you agree with Picasso’s quote? Is there really such thing as an original design?