For sure, everyone is familiar with this rainbow-colored building toy. It is not just played by kids. A lot of adults are also interested in playing with these interlocking plastic bricks and an accompanying array of gears, mini figures and various other parts as these could be assembled and connected in many ways to construct vehicles, buildings, and even working robots. We are talking about lego bricks. Lego is a line of construction toys manufactured by a company based in Billund, Denmark. Check out our inspiring post of amazing and cool creations that truly talented Lego-maniacs make.

Here are the 30 Impressive Creations Made from Lego Bricks. Please look into some childish yet very creative Lego artworks from our talented and creative designers. Be amazed at these lego creations.

by: dr_marvel
LEGO sculpture by artist Nathan Sawaya from his exhibit at the Strong Museum, Rochester, New York entitled “The Art of the Brick”.
View Source

by: sweetest_brittany
A Lego art of a family displayed in Downtown Disney.
View Source

by: dr_marvel
LEGO sculpture by lawyer-turned-artist Nathan Sawaya. From “The Art of the Brick” exhibit at the Strong Museum, Rochester, New York.
View Source

by: Airport_Whiskey
Ankor Wat was built as a part of a traveling exhibition, featuring Lego art and World Heritage Sites.
View Source

About 15,000 lego pieces make up of this approximately 7-foot tall sculpture.
by: scilit
View Source

by: dm_meister
This Lego Oscar sculpture stands 125cm tall ( 4 ft 1¼ ) and is comprised of thousands of bricks.
View Source 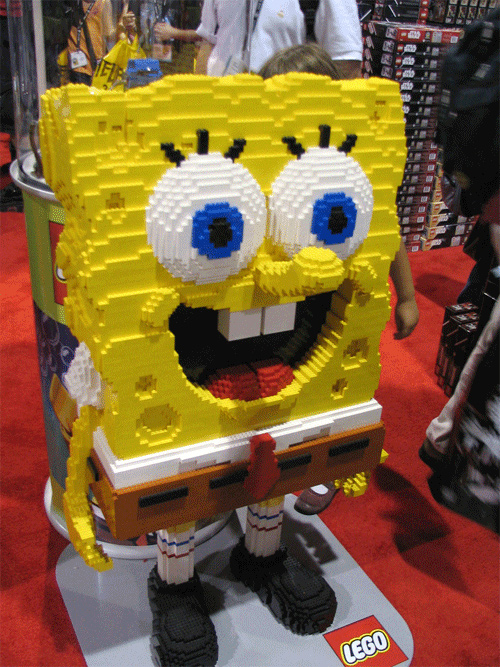 by: Nathan Sawaya
This Lego sculpture is from the Nathan Sawaya exhibit at the Flinn Gallery in Greenwich, Connecticut.
View Source

by: dita_svelte
A finished lego art model inspired by the movie ‘Prince of Persia’.
View Source

by: Andrew Lipson
This great concept is from www.andrewlipson.com/escher/relativity.html.
View Source

by: tpimentel
A lego art inspired by one most recognizable structures in the world ‘Taj Mahal’.
View Source

by: Britta Bohlinger
A life-size structure of a giraffe made from lego bricks.
View Source

City in the Autumn Stars

by: kyorei
A city made from thousands of lego bricks.
View Source

by: tiaramerchgirl
A lego art of a dragon.
View Source

by: simply sci-fi
A wife’s present for his husband named James in his 40th birthday.S
View Source

by: dita_svelte
A lego art inspired by a Spanish Colonial Revival buildings constructed in the early 20th Century.
View Source

by: chrisjagers
Thousands of bricks made up this lego church.
View Source