We are all familiar of Marvel’s X-men. But for those who don’t, X-men is a fictional team of mutant superheroes that protect the world and their fellow mutants from anti-mutant regimes. Commonly known for their superhuman abilities and futuristic costumes; today you’ll see these mutant characters redesigned in a different time; a time of knights and castles; the time of medieval era.

The creative artist behind these idealistic character designs is California-base artist Nate Hallinan. He conceptualized X-men characters in somewhat medieval times in which he calls The Order of X. Below are some of his character designs that were superiorly made. Scroll down and observe on some of his meticulous artworks. Come, take a peek, and enjoy! 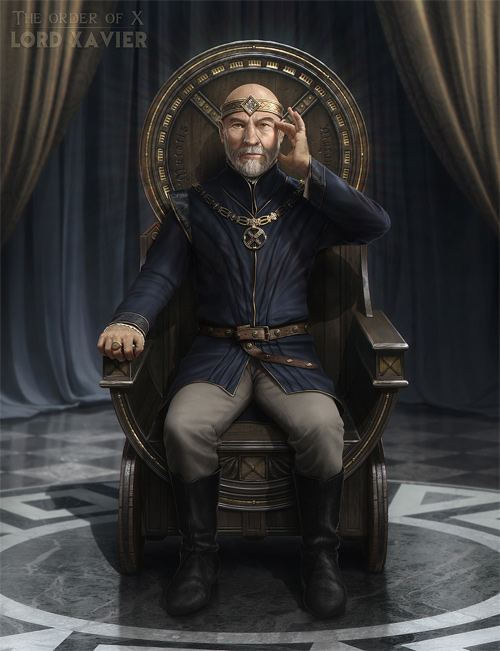 “He is the lord and founder of The Order of X. Charles developed the abilities to read, control, and influence human minds. He formed The Order because he saw and felt the injustice happening to the ‘gifted’ people around him.” 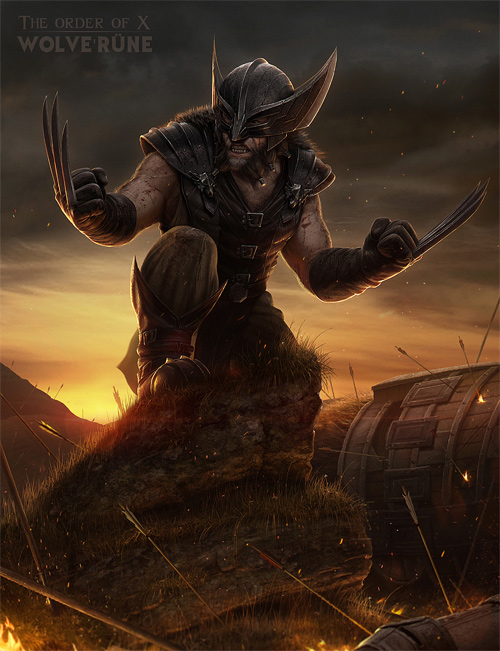 “Loghand is not just another grouchy dwarf, unlike other dwarves he has the ability to heal quickly. He earned his surname Wolve’rune with his fierce temperament and his odd ability to return from battles unscathed.” 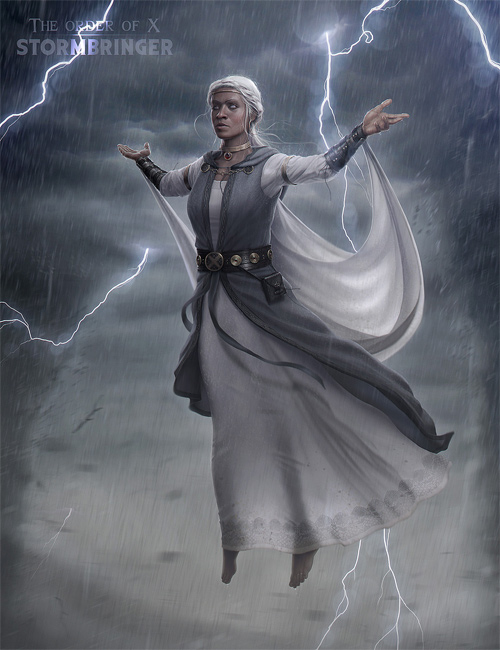 “As a young adult, Xavier met Ororo as a child on one of his quests…” “…Ororo eventually developed the ability to manipulate weather. For obvious reasons, she gained the name Stormbringer.” 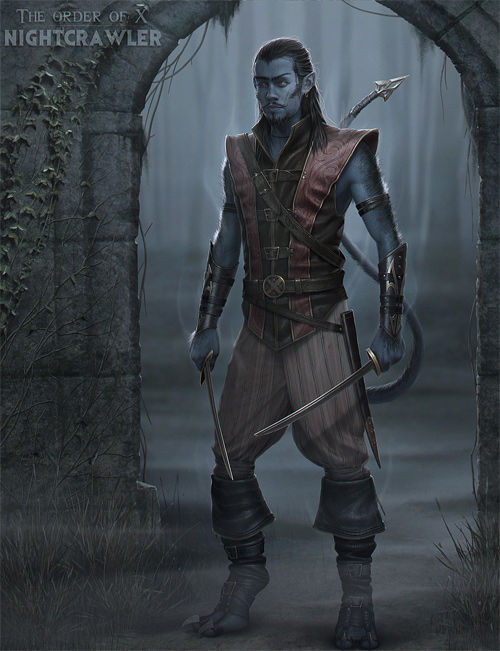 “Kyrt never knew his real parents. He was found by a band of elves as an infant…” “…Kyrt joined The Order of X because he, being different himself, strongly believes in ther quest.” 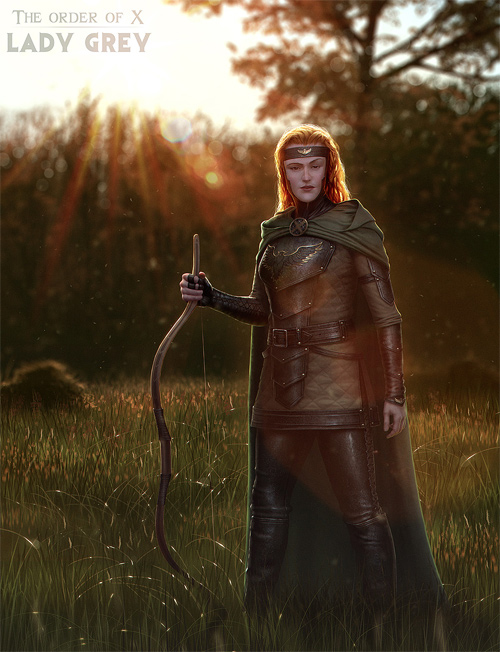 “Jean comes from a noble family of Grey. She was a bit of a tomboy growing up. Her parents despised and discouraged her unladylike behaviour, but once she developed unnatural abilities, her family feared the worse. Lord Xavier offered her parents an opportunity to provide her with guidance and protection…” 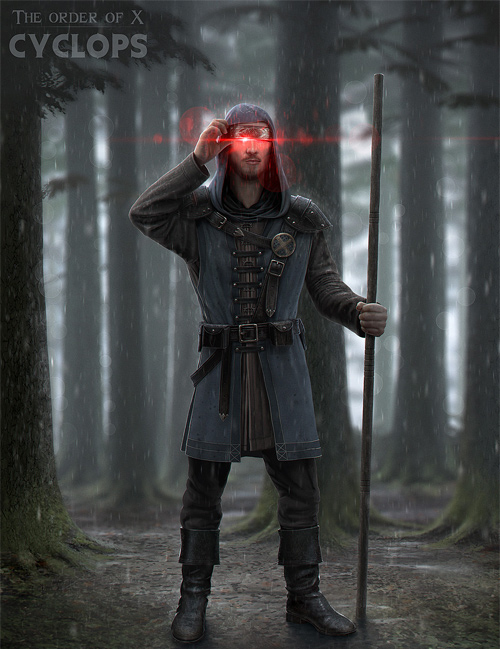 “Scott and his younger brother were both orphans who grew up fending for themselves on the streets. The day Scott’s ability manifested he accidentally destroyed several buildings and set fire to half the village…” “…Xavier, perceiving the trouble, quickly dispatched members from his order to rescue Scott.” 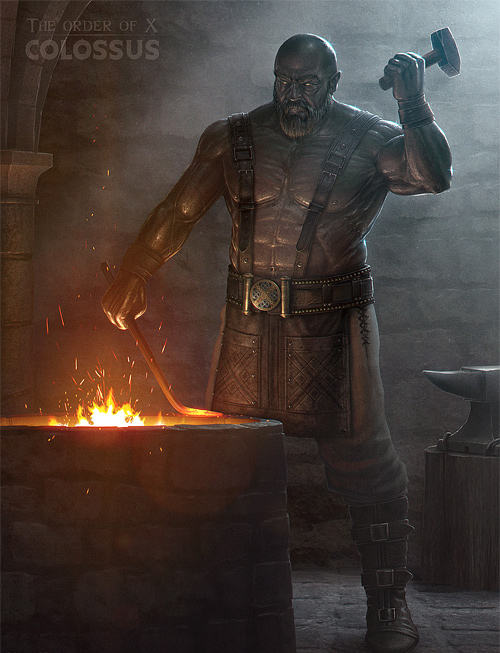 “the mountain of metal; Colossus. His father was a blacksmith and eventually apprenticed him in the family trade. Hard labor made Peter strong but he was always larger than the other kids…” “…By happenstance, he developed the ability to cover his body in metal and increase his strength” 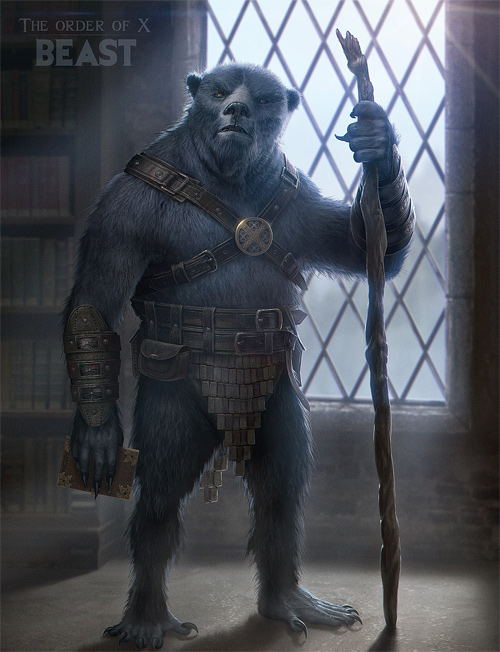 Henrick’s mind is as fierce as his appearance. Henrick was given the name “Beast” as an ironic term of endearment. He is loved by his peers and is one of most wise and trusted members of Xavier’s council.”

In Nate’s works, his style, how detailed and amazing his results are, we can see that he loves what he do and it really shows on his thorough creations. For us, we should enjoy what we do in order to bring out the best in our results.